And the Gold Medal for Best Chick's Butt Goes to ...

1950s Wife is busy preparing a refrigerator full of fried beef jerkey and a freezer full of beer ice cream for Hubby to snack on during the 2014 Winter Olympics men's ice hockey tournament starting Wednesday. In the meantime, let's hear from Our Man on the Scene in Sochi, Hornee Hanly.
Hornee, the Winter Olympics event that everybody cares about, men's ice hockey, has yet to start. But competition in lesser events is underway. Update us on what's happened in these minor sports, such as ladies figure skating.
Panties! Heh, Heh, Heh. Panties!
"Hornee, for shame! Ladies figure skating, though of minor interest compared to men's ice hockey, features some of the best female athletes in the world. Yet, all you care to talk about is competitors' underwear. A more nuanced analysis please.
The chick from Canada should've gotten the gold medal because she has the best butt and wore a thong.
Moving on, your impression of the gentlemen's figure skating competition to date.
Dudes figure skate?
Moving on again, Canada and the United States are once again dominating women's ice hockey competition and most certainly will meet in the gold medal game. But which other country do you see having best chance to take bronze?
Chicks play hockey?
Again moving on, are media accommodations in Sochi really as bad as reported?
Yes, it's awful. We must pay for our beer and only plainly seasoned chicken wings are available, no barbecue style.
On the bright side, every guest in the media's hotel is provided a free gallon of vodka per day for drinking and bathing to make up for lack of running water. And the motel's outhouse is amply stocked with toilet paper.
Once again moving on, media speculation is rife that, should Canada and Russia meet in the latter stage of the men's hockey competition, famed Canadian hockey broadcaster Don Cherry and Russian President Vladimir Putin will engage in a ceremonial scrap on the ice prior to puck drop. Any truth to the rumor?
And, as the United States and Russia will definitely play each other in the group stage, are the Americans pussies for not sending an emissary to fight Putin?
As answer to the first question, I'm unable to confirm the rumour but then again I haven't bothered to ask anybody. As far as the second question is concerned, yes Americans are pussies.
Finally Hornee, should Canada and the United States, as in the 2010 Games, meet in the gold medal match in men's ice hockey, who prevails?
Canada, bro. Canada.
I'm a woman Hornee. Please don't refer to me as a "bro".
Sorry. When it comes to old chicks like you, chicks who are 30 and older, I can't tell the "bros" from the "hoes." 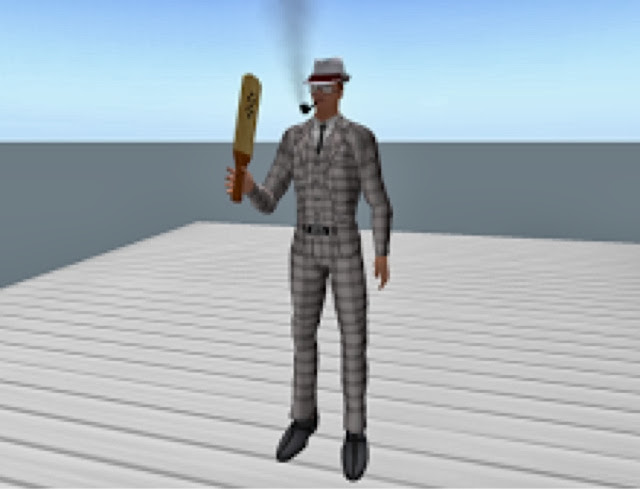 A Gentleman writes:
Our beloved Seattle Seahawks football team plays the Denver Broncos in the Super Bowl today and we residents of the Evergreen State are confident that victory will be ours.
My wife doesn't watch football except for the Super Bowl, so in Seahawks games this season up till now I've not faced the prospect of my concentration being disturbed by her asking silly questions such as "why do they call it football if their feet rarely touch the ball" and "what inning is it."
In years past, when my wife watched Super Bowls with me not featuring the Seahawks, I've relied on threats of a spanking and a lengthy time-out in the naughty chair to keep her properly quiet during the Big Game. But, my wife being a loyal Washington stater, I'm concerned that her enthusiasm over the inevitable Seahawks win will encourage her to talk during the game thus taking my attention from the TV screen where it belongs.
Consequently, I've decided my wife will wear a ball gag during the Super Bowl. As the goal is precautionary discipline rather than punishment, my wife will wear a moderately-sized ball gag rather than the super-sized, drool-enhancing one I make her wear for gossiping on the phone, interrupting me when I'm trying to tell an important story and other violations of my rules.
The ball gag is colored Seahawks-style green and features a pleasant mint taste. Moreover, she may remove the gag to rest her jaw during half time, as long as she doesn't bother me about not being allowed to watch the silly Super Bowl halftime show, as I intend to use the 30 minutes catching up on highlights of the "lingerie bowl" on another channel.
Nevertheless, when I told my wife the other day of my decision, she complained that she least ought to get the chance to watch the game in silence first and not be gagged unless she messes up.
Of course, I turned her over my knee, lifted her skirt, lowered her panties and spanked her bottom cherry red for questioning my judgment. However, as game time nears and gag time beckons, I'm wondering if perhaps I'm being a bit too strict.
You've always struck me as being pretty smart for a woman. What your opinion? Give my wife a chance or button her tight beforehand?
Kind Sir:
You, of course, know your wife's predisposition to "jibber jabber" far better than I. But I'm of the firm opinion that it's better to stray on the side of caution.
What if during an important play, your wife blurts out some typical female comment while watching sports such as "that player's cute" or "he's got a nice ass." You might turn away from the screen to chastise her just as the game-winning touchdown is made, thus denying yourself a cherished memory of seeing the Seahawks clinch the Super Bowl the moment it happened.
By allowing your wife to wear a moderately-sized ball gag, particularly a mint-flavored one, rather than a super-sized, drool-maker, you've already shown yourself to be a kind and loving husband.
I would pop that ball gag on her without giving it a second thought. And, if she voices even a whisper of complaint during the break about not being allowed to watch the silly Super Bowl half-time show, spank her bare bottom beet red and put her in the corner in the naughty chair for the second half, ball gag in place.
I won't be watching the Super Bowl, as my husband no longer allows football on TV in our house due to adoption of the face mask and other so-called reforms that make a mockery of the sport. Instead we shall take in the professional wrestling matches at the town auditorium.
But good luck to the Seattle Seahawks and the Denver Broncos. May the best team win!
Posted by Claire Colinsgrove, aka 1950s Wife at 12:36 AM 15 comments: